Artist Of The Week: Q&A With Winters End 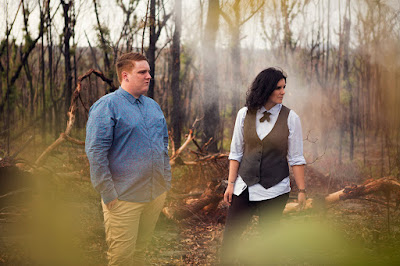 Picture: Winters End
Hello everyone and welcome to another “Artist Of The Week” special.

Recently I got in touch with singer – songwriter Marissa Pinto, Lead vocalist of Winters End from Sydney Australia, to do a one on one exclusive interview with Music Beats Central.


Pinto reached out to MBC and sent the release of the duo’s latest single Mayfair.


Truly an inspirational song as it brings awareness to domestic abuse.


As stated in the beginning of the video; “In the past 12 months, almost half a million Australian women reported that they experienced sexual or physical abuse in their homes. As of 24th September 2015, 63 women have died.”


Marissa mentions in the interview that originally the song was not intended to be about domestic abuse, in fact the song was originally well I will let the artist tell you in this humbling interview.


So much hard work, has gone into making this amazing duo with siblings Marissa and Christopher Pinto.

Amazing talent indeed and can’t wait to see what’s next in store for these guys!!


When did you guys start singing?

M: I actually decided to start singing professionally when my lead singer became a stewardess and moved overseas. We had been rehearsing for months as a duo (me on keys and guitar and her singing) and I was really excited to get on stage and start performing.


Her leaving prompted me to stop fearing the microphone and start singing in 2008.
Christopher can sing too although he leaves the vocals with me in Winters End.


Which artist or person inspired you to become an artist?

M: I can’t say that any one person inspired me to become an artist, as music has always been a part of who I am, and something I knew that I wanted to explore from a young age. I do look up to a lot of artists, my heroes being Stevie Nicks, Chrissy Amphlett from The Divinyls and most recently Kevin Parker.


Your latest single Mayfair is a strong and inspirational song to all women who have suffered or are suffering domestic abuse. How did the song and video come about?

M: Mayfair was a song that collaboratively came to fruition. I remember taking the synth part to Christopher at the studio and he put this big tribal beat to the song, and from there it grew both in sound and lyrical content.

Whilst Mayfair was not written with domestic violence in mind, we were made aware of the statistics in the recording process, and we were mortified. This is what inspired us to create the video, in a hope that awareness will be increased, and that increased reporting of incidents will occur as a result.


After releasing your latest single, what reaction have you received since the release?

M: Mayfair has been overwhelmingly well-received. We a lot of support from music blog reviews worldwide, and the single has been added to rotation on radio stations in Australia, USA, the UK, Japan, Germany and The Netherlands.


What has been the most accomplished achievement?


M: Performing internationally at Indie Week Music Festival in Canada and Youbloom Music Festival in the USA have been career highlights for us. More close to home, our first National Australian Tour which we embarked upon in late 2015 for Mayfair has been our biggest achievement to date.


As an indie band, self-funding, finding time off our full-time jobs, booking shows, and radio interviews, accommodation, driving trips and flights, we are immensely proud of the tour and its success.


What should we expect in the coming months?


And what would you like to say to your new and current fans?

M: Thank you all for your love and support. It is truly humbling and we love taking you guys with us everywhere we go on our Facebook page http://www.facebook.com/wintersendmusic  Instagram http://www.instagram.com/wintersend and Twitter http://www.twitter.com/mrwintersend


Thank you so much Marissa for taking the time to do this exclusive interview with me :)


Make sure to follow the amazing journey of Winters End by clicking on all the links below and don’t forget to purchase the single now on ITunes!


There are a few more of the Artist Of The Week specials, so keep a look out as my next artist will be featured here at MBC HQ very soon!!!


Have an amazing evening everyone, and make sure to head back tomorrow with my next entry “Monday Playlist with MBC” :)


Much love and ciao for now!
Hanan xx
Posted by Music Beats Central at 6:45 pm